Or ‘How to not suck at Nimble Quest’

Nimble Quest (iOS App Store, Free; Mac App Store, Free) is the first freemium game I’ve not deleted the moment I felt the inevitable pinch of its in-app currency model, because it turns out even when you’re grinding for gems it’s still a great game of Snake. You can read my review of Nimble Quest over here (including my thoughts on its not-so-welcome freemium aspects).

Death is not the end!

Well, it is and it isn’t. Nimble Quest is as much a ‘Roguelike’ as it is a ‘Snakelike’ which means you’re expected to die, a lot. Don’t let it get you down – every play earns you Gems, Tokens and EXP so pick a new Leader and head back in.

Pleasingly, there’s some tactical depth you can use to help make your next run that bit longer. Here’s some tips and tricks I’ve picked up that should guide you through your next Nimble Quest, ranging from the best choices for leader to tactical advice on the field.

These are just what works for me, but feel free to contribute your own suggestions in the comments.

Okay, that’s yer lot for now – if you’ve got more tips that deserve to be on the list, drop them in the comments below! 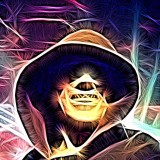 If you lead with Gizmo, his 3 star power up is useless.

Not leading with any hero means they don’t get to three stars without paying real cash.

Gizmo CAN’T lead, he is too squishy,
The best to lead might be Hydra as she got
a poweful 360 attack that freezes enemies
so you can keep distances.
Btw it’s not that hard to lvl up pjs
I already have 3 of them and I haven’t spend
any money.
I just spend 11 coins and save 4000gems each time, just repeat it and thats all.